Good morning and welcome to 10 Things in Tech. If this was forwarded to you, sign up here.

1. The Pentagon has called off the $10 billion contract Microsoft and Amazon were arguing over. The 10-year Joint Enterprise Defense Infrastructure contract, which was awarded to Microsoft in 2019, would have helped the Department of Defense move sensitive data to the cloud. Here's why they called it off.

2. Nintendo's new Switch will launch in October for $350. The biggest change is an OLED screen, but Nintendo has also made several smaller enhancements. Check out the Switch's new specs.

3. Read Andy Jassy's final email to his AWS team – and first email to the company as CEO. His emails give us a look at his communication with staff: In his last note, Jassy thanked his cloud team, and in his first company wide email, acknowledged there was still a lot of work to do.

4. Jeff Bezos refused to take elevators in Amazon's old office. Instead, the former CEO would run up 14 flights of stairs every day, and his former assistant said he wouldn't even break a sweat. More on the man who "never tired."

5. The family of a 15-year-old killed in a car crash with a Tesla on Autopilot is suing. The suit says Tesla's Autopilot is defective and failed to detect traffic conditions. Here's what we know so far.

6. Residents say a bitcoin mining operation is heating a New York lake. According to locals, the plant – a gas-fired hub that powers at least 8,000 bitcoin mining computers – is making the lake "so warm you feel like you're in a hot tub." Get the full rundown here.

7. So many private jets have arrived in Sun Valley that the FAA had to delay incoming planes. Tech and media tycoons are arriving for the "summer camp for billionaires" – in such droves that flights from around the country were stalled to make room. More on that here.

8. Seven numbers show just how much Jeff Bezos grew Amazon in his 27 years as CEO. We went through years of company filings to find some key numbers that show how massive Amazon has become under Bezos' leadership. Take a look at the stats.

9. A startup combined Silicon Valley's favorite things – VCs and NFTs – in a viral stunt. Party Round turned a handful of venture capitalists, who they deemed "helpful VCs" into non-fungible tokens that went up for auction last week. See who got "NFT'ed" (including a vampire Peter Thiel).

10. Thirteen of Salesforce's most important execs left in 2021. Salesforce has seen significant executive upheaval this year, as the former CMO, CFO, and Tableau CEO departed, and four new power players came aboard. Meet them all here. 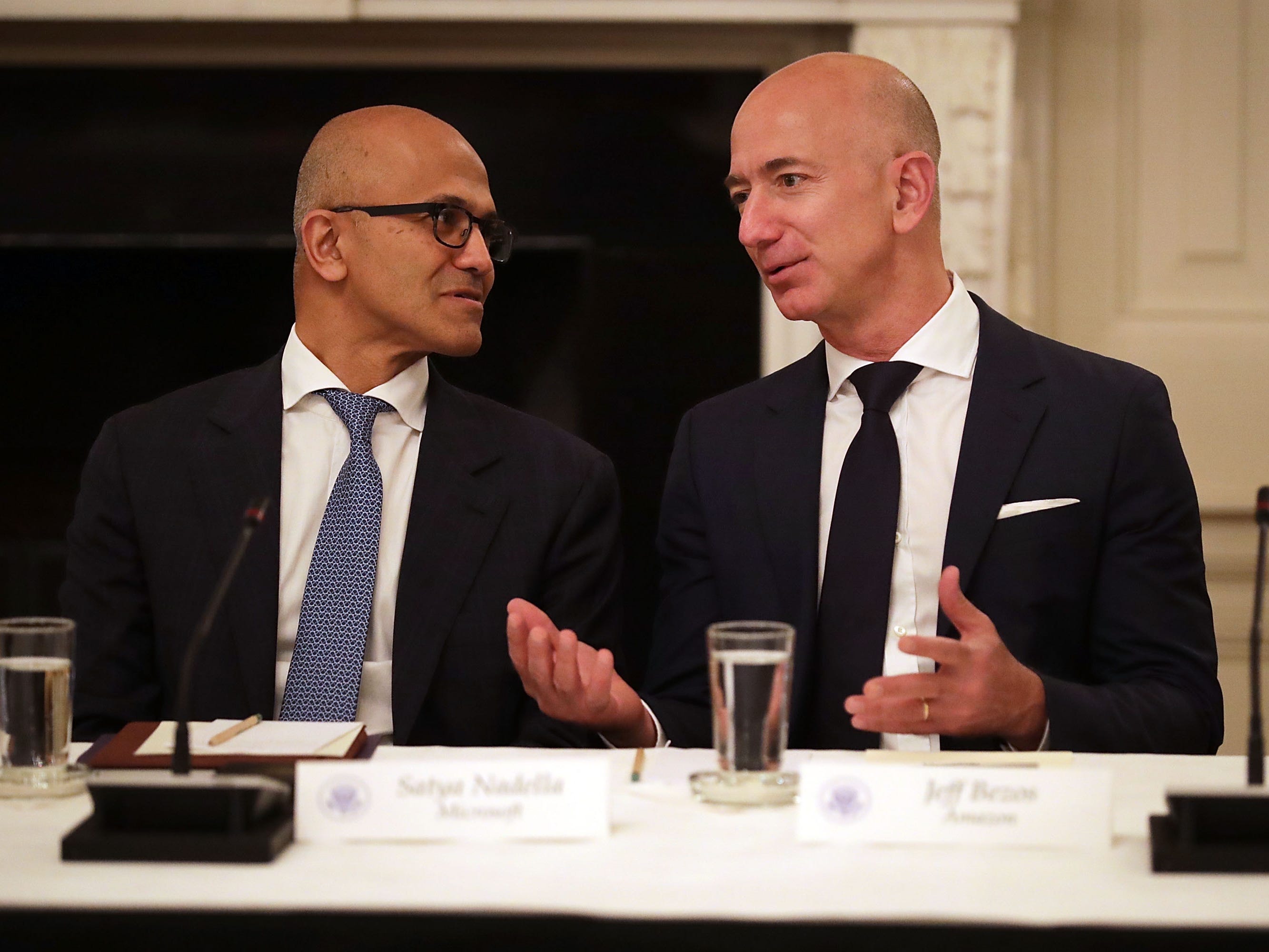