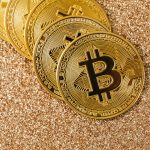 The British Columbia Securities Commission (BCSC) has alleged that Vancouver blockchain investment firm Blok Technologies and three former members of the company’s leadership “made a misrepresentation about the sales of its shares” four years ago.

In June 2018, Blok, which at the time traded on the Canadian Securities Exchange (CSE), announced in a press release that the company had raised approximately $5.4 million via private placement. But according to the BCSC, what Blok did not disclose was that the company had already spent or owed about $4.4 million in consulting fees, “and would therefore only retain approximately $950,000 – less than 18 per cent of the amount raised.”

The BCSC claims that Blok did not disclose that the company was due to retain “less than 18 percent of the amount raised.”

The BCSC claimed in a release published on Thursday that in doing so, Blok “made a statement to investors that it knew, or ought to have reasonably known, was a misrepresentation to investors and violated the Securities Act.” These allegations have not been proven.

This group includes then Blok president and CEO Robert Earle Dawson, VP and director James Joseph Hyland, and CFO David Malcolm Alexander, who have all since left the firm.

BetaKit has reached out to Blok, Dawson, and Hyland for comment but has not received a response by publication time.

Blok has previously described itself as “a public company that invests in and develops companies in the blockchain and emerging technology sectors.” Blok has claimed to provide capital, tech, and management expertise to other early-stage firms in the sector, including Sierra Blockchain.

But based on the state of Blok’s website and social media accounts, the company appears to no longer be operational. Blok was delisted from the CSE in October 2020.

The most recent press release shared by Blok is dated February 26, 2020, and announces a change in company management that saw Hyland resign as director, interim president, and CEO. According to Blok, Dawson resigned in January 2019, while Alexander resigned in December 2018. No reasons were given for any of their departures.

According to the BCSC, the parties involved are required to appear at the provincial securities regulator’s offices on October 13 if they wish to be heard prior to a hearing being scheduled.