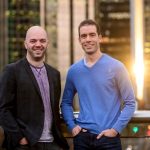 Vancouver and New York-based capital markets data and analytics startup Canalyst has been acquired by Chicago-based Tegus, which calls itself a leading company intelligence platform.

The deal was announced today. Multiple sources familiar with the deal that requested anonymity as they are not permitted to speak publicly about its financial terms told BetaKit that Canalyst was bought for between $400 million and $500 million CAD — The Globe and Mail is reporting no more than $450 million.

When asked about the deal being between $400 million and $500 million, Canalyst co-founder and CEO Damir Hot said he could neither confirm nor deny the range.

“I think it’s a massive win for everybody.”
-Damir Hot, Canalyst

“I think it’s a massive win for everybody,” Hot told BetaKit in an interview, adding that the exit was “probably bigger and sooner than we expected.” According to the CEO, early and recent investors and employees alike made out well.

Canalyst was founded in 2015 by Hot and head of research James Rife. The company has developed a SaaS platform that gives investment professionals access to structured fundamental data and models on global public companies.

The acquisition comes during a broader market downturn that has seen public tech stocks falter and venture funding and deal volume in BC reach a six-year low, amid rising interest rates, inflation, and geopolitical tensions.

According to Hot, leading up to the deal, Canalyst remained well-capitalized following its Series C round and wasn’t trying to raise more funding or seek an acquisition until Tegus came along.

Hot described Tegus’ acquisition of Canalyst as an “exciting” combination in the capital markets tech space, noting that the two firms have “a ton” of shared clients. “The combined business is even faster-growing, very capital-efficient—more capital efficient than the standalone business … it’s just going to get to a bigger version of the same product vision faster.”

Tegus co-founders, co-CEOs, and twin brothers Mike and Tom Elnick called the deal “a significant milestone” for their company, noting that it helps to fulfill Tegus’ “vision to create the world’s most powerful and efficient research platform for institutional investors.”

“The real magic gets unlocked when you can start to integrate these products together,” Mike Elnick told BetaKit in an interview. “When we can start to lock Canalyst models directly to the source information in BamSEC and then have Tegus interviews and insights that are linked into why things are moving in a model, that’s where it provides instantaneous value to our customers.”

As far as how the downturn has impacted Canalyst’s business, Hot acknowledged it’s “harder to get money managers on the phone.” But according to the CEO, Canalyst has managed to grow “substantially” this year given that the firm’s core value proposition—providing access to quality public company data and analysis—“is only stronger in high volatility.”

“Both Canalyst and our acquirer are triple-digit top-line growth businesses, even in this economy,” said Hot. While Hot declined to disclose any of Canalyst’s financial metrics, The Globe has reported that the company has roughly doubled revenues in each of the past two years, generating between $15 million and $20 million USD annually.

According to Hot, Canalyst’s product will remain intact and receive investment from Tegus, which will also explore “deep integrations” between Canalyst and its other products.

As part of the deal, over 200 members of Canalyst’s approximately 215-person team—including Hot and Rife—are joining Tegus’ 450-plus employees. Most of the company’s employees are based in Vancouver, while the others are located in New York.

“We have always built a global business that happens to be headquartered in Vancouver, and I think that mindset has served us really well,” said Hot, adding that he believes this is the only way to build a company.

At the same time, Hot noted he is proud to have built a company of this nature in Vancouver without making promises it couldn’t keep to any of its stakeholders. “We didn’t over-promise, we weren’t all over the press, we weren’t pounding our chests—we just did the hard work and over-delivered on, hopefully, most or all of the promises we made.”

UPDATE (02/08/22): This story has been updated to include additional context and commentary from Damir Hot and Mike Elnick, and reflect that the acquisition price is in CAD, not USD as previously stated.

The post Canalyst acquired by Chicago-based Tegus in massive BC tech exit first appeared on BetaKit.