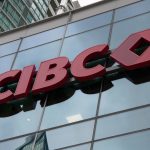 The Canadian Imperial Bank of Commerce (CIBC) has entered a data access agreement with Utah-based FinTech company MX to provide its clients a seamless way to share financial information.

MX’s agreement with CIBC is the first of its kind for the bank and the first in Canada for MX.

By using MX’s application program interface technology (API), CIBC said its 11 million clients will no longer need to share their banking credentials to connect their banking information with third-party applications that partner with MX, such as personal financial management, budget tracking, and credit-building tools.

Founded in 2010 by Ryan Caldwell and Brandon Dewitt, MX combines open finance APIs with financial data to securely connect to and verify data for hundreds of use cases including account opening, money movement, and underwriting.

CIBC is the latest member of Canada’s Big Six banks to partner with a United States-based FinTech firm to launch what is essentially a private application of open banking.

In June, RBC partnered with Yodlee and Plaid to let its users share their financial data across Yodlee and Plaid’s combined third-party application network of over 7,500.

Working with another Utah-based company, TD teamed up with Finicity in 2020 to lay the groundwork for TD customers to request that TD transfers their financial data for services they want to use, including apps supported by Finicity.

The National Bank announced a commitment of $103 million CAD to Flinks in August last year, becoming a majority stakeholder of the company. The National Bank was the first financial institution to use Flinks’ open banking environment product.

While a handful of banks have entered into API partnerships since Canada has begun moving towards federally regulated open banking, the remaining members of the Big Six, Scotiabank and the Bank of Montréal, have yet to publicly announce such data access agreements.

No open banking API or framework currently exists in Canada. However, open banking stakeholders told BetaKit earlier this year that working groups were set to start in July.

CIBC partner MX plays in a space that is beyond open banking, calling itself an open finance company. Open finance, according to MX, is an extension of open banking. According to an MX blog post, open finance enables access and sharing of consumer data to more financial products and services beyond banking. This includes loans, consumer credit, investments, and pensions. It also enables wider integration of financial data with non-financial industries, such as healthcare and government.

Financial Data Exchange managing director Don Cardinal published an article through Forbes in May, describing open finance as what open banking “wants to be when it grows up.”

MX’s over 900 workforce includes nine people based in Canada, including its director of open finance Andrew Escobar. It works with financial institutions and FinTechs such as H&R Block, MetLife, Gemini, U.S. Bank, WaFd Bank, and BECU.

Escobar told BetaKit that MX’s agreement with CIBC is the first of its kind for the bank and the first in Canada for MX.