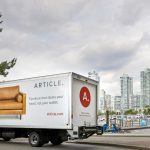 Two Canadian direct-to-consumer retail startups have made reductions to their employee base this week amid a broader economic downturn and unprecedented inflation rates.

“The macroeconomic challenges started to manifest themselves in reduced consumer spending, increased costs due to inflation, and supply chain disruptions.”
– Noura Sakkijha, Mejuri’s CEO and co-founder

First reported by Vancouver Tech Journal, Aamir Baig, co-founder and CEO of Article, confirmed the staff reduction in a post on the company’s website. He said the layoffs were a first in Article’s 11-year history, attributing the move to missed financial projections.

“Like many eCommerce companies, we benefited tremendously from the demand increase from Covid,” Baig’s statement reads. “We anticipated the trend to online purchasing would be sustained – that did not happen, and it has since returned to pre-Covid trends.”

Ottawa’s ecommerce tech giant Shopify made similar bets during the pandemic, and recently cut about 10 percent of its global staff, approximately 1,000 employees.

Inflation in Canada has steadily increased in recent years, reaching a 31-year high in April with a year-over-year increase of 6.8 percent.

Statistics Canada reported that with the burgeoning price tags, nearly three in four Canadians are affected in their ability to meet day-to-day expenses. As a result, many people are adjusting their spending habits.

In order to deal with rising prices, 45 percent of the people surveyed by Statistics Canada said they have found themselves delaying making a purchase.

According to Baig, Article was operating at a size larger than current demand would sustain, bringing the need to resize the business and restore financial strength.

Since it was founded in 2011 by Baig, Fraser Hall, Sam Prochazka, and Andy Prochazka, Article’s headcount grew to more than 1,3000 employees worldwide. When asked questions regarding the downsizing, a spokesperson for Article pointed BetaKit to Baig’s statement online.

For two consecutive years, in 2018 and 2019, Article was ranked first on the annual Growth 500, a list of Canada’s fastest growing companies.

Earlier this year, Article revealed that it achieved an over 45 percent revenue growth between 2020 and 2021, claiming to be profitable since 2015. The company attributed this growth to investments in its fulfillment network, the expansion of its Vietnam office, and a string of executive hires.

Last year, Article opened three new fulfillment centres in Houston, Vancouver, and Chicago. This increased the company’s total warehouse space to over 1.86 million square feet. Article first announced in 2017 that it was moving its headquarters into a 115,000 square feet warehouse to accommodate its growth.

When Baig announced the staff reductions at Article, he said that the company’s priority was to maintain service levels for its customers and areas of business that are most impactful to the growth of Article’s business.

As first reported by Bay Street Bull, Mejuri’s CEO and co-founder Noura Sakkijha sent an internal memo within the company to announce the staff reductions, citing a restructuring of its business “given the current macroeconomic climate.”

Similar to Article’s missed financial projections, Sakkijha attributed the layoffs to changes in consumer spending and availability of capital.

RELATED: Mejuri lays off 15 percent of staff as it’s forced to close all retail stores due to pandemic

“Everything took a turn earlier this year,” she said. “The macroeconomic challenges started to manifest themselves in reduced consumer spending, increased costs due to inflation, and supply chain disruptions.”

Sakkijha also noted that the combination of lower revenue and increased cost of operations in the first half of the year “really impacted” Mejuri’s financial health and outlook.

In her statement, Sakkijha explained that the company restructuring eliminates roles that are “either duplicative, have substantial overlap, or roles that support areas are deprioritized.” She cited Mejuri’s Customer Happiness team as an example, as it had to transition to using a hybrid model between internal team members and an external agency.

Launched in 2015 by Sakkijha and Majed Masad, Mejuri currently employs approximately 469 people, per its LinkedIn page. The company offers jewelry pieces made of precious metals, with a core component of the business being online.

Mejuri also made staff cuts during the height of the pandemic in 2020, laying off about 15 percent of its team.

In April 2019, the jewelry brand had raised a $30 million CAD Series B. Mejuri opened its first brick and mortar in Toronto in 2018, and its first US location in New York later that same year.