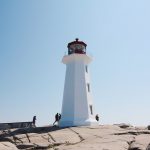 Invest Nova Scotia is the result of NSBI and Innovacorp’s consolidation, and will primarily focus on the clients and work of the two organizations. Tom Hickey has been appointed as the executive chair for the newly minted organization, replacing NSBI’s nine-member board and Innovacorp’s five board members.

Established in 1995 and based in Halifax, Innovacorp is an early stage venture capital firm that has a focus on helping to scale tech startups based in the province. Its target industries include information technology, cleantech, life sciences, and ocean tech.

Malcom Fraser was hired as Innovacorp’s latest president and CEO in 2017, replacing Stephen Duff who held those roles since 2013.

Innovacorp’s accelerator programs include Greenshoots, support for early stage tech companies in the agtech and bioeconomy sectors; Start-up yard at Cove Oceantech Demo Programs, two opportunities to accelerate the commercialization of ocean technologies; as well as the Start-up Visa Program, among others.

RELATED: Innovacorp and NBIF announce $1 million partnership to invest in phase 2 of Propel

Fraser told Entrevestor in December that since 2010, Innovacorp has invested $62 million in 89 companies and received $111 million in returns from exits.

In May, Innovacorp won the Venture Capital Deal of the Year recognition from the Canadian Venture Capital & Private Equity Association (CVCA) for its investment in Meta Materials. Innovacorp said this deal resulted in a 35X return for the VC firm last year.

NSBI is the province’s economic development agency, providing business development services such as the Export Development Program, which aims to support businesses looking to increase sales outside of Nova Scotia, adopt technology, and improve competitiveness.